The roman Legion was known for its strength, and Gaul for virility of its sons. Will the Gauls or the Romans win the Hotdorix, awarded to the most valiant warrior in love? Who will triumph? Roman Ronaldus? Zinedix? The female team in charge of training the troops under Flavian?s orders, holds in store for you incredible surprises in these sexual jousts, where all blows below the belt are especially permitted!! 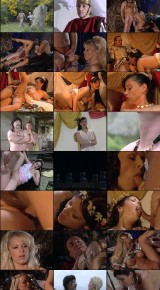